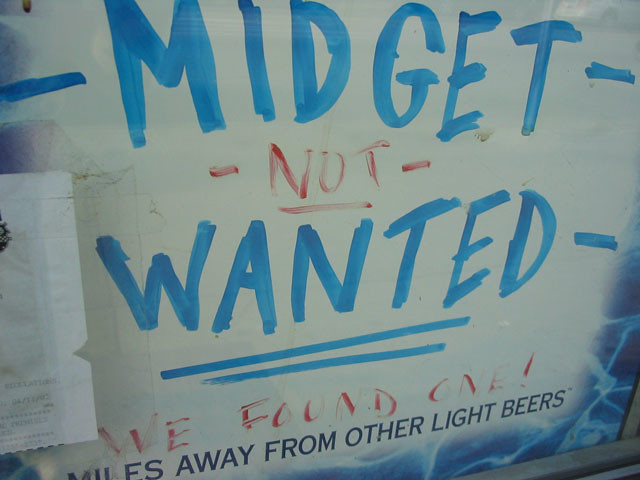 I’ve been writing about the word “midget” more than usual this month, thanks to an Irish public service announcement and then GoogleTranslate. The taboo nature of the word in the dwarf community is almost amusing when we consider that the world’s largest dwarf advocacy organization, Little People of America, was originally named Midgets of America. No lie.

You can read about why I feel that the change was hardly an improvement here and why others do as well here.

Minority names have been changing a lot throughout the last century. This social pattern has been dubbed the Euphemism Treadmill by psychologist Stephen Pinker. Toni Morrison has pointed out that it’s all about power: “The definers want the power to name. And the defined are now taking that power away from them.” But as names for minorities keep changing, many…